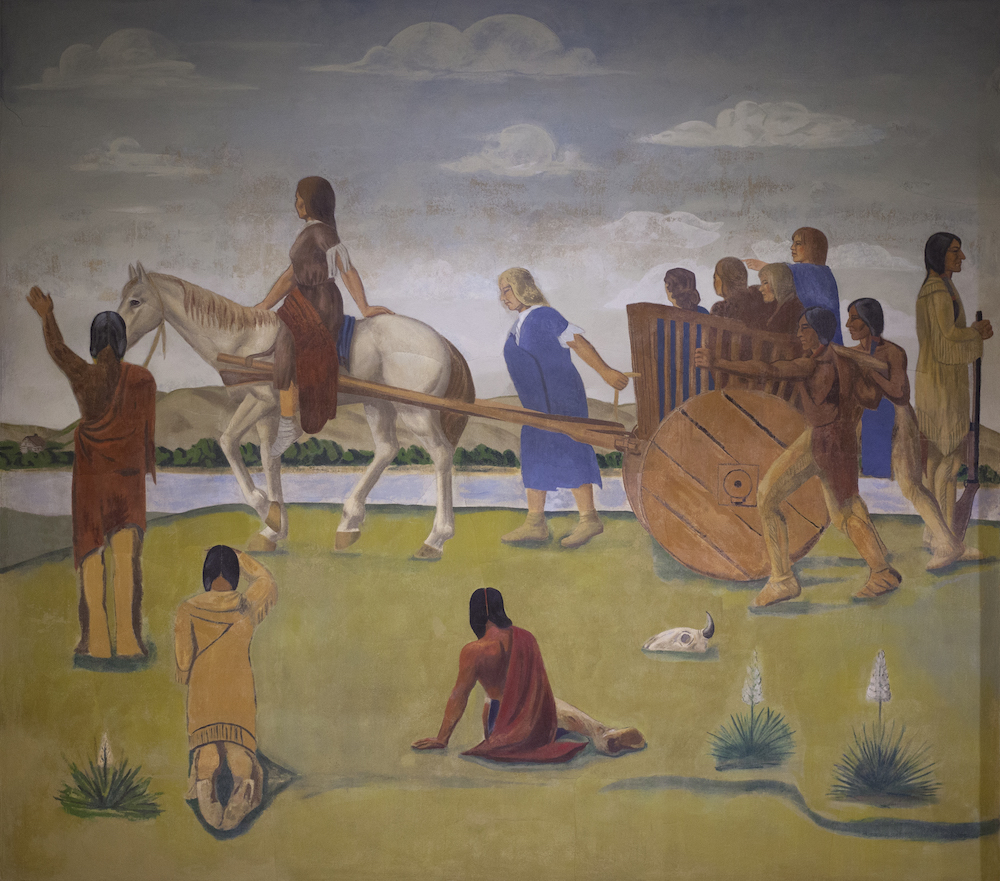 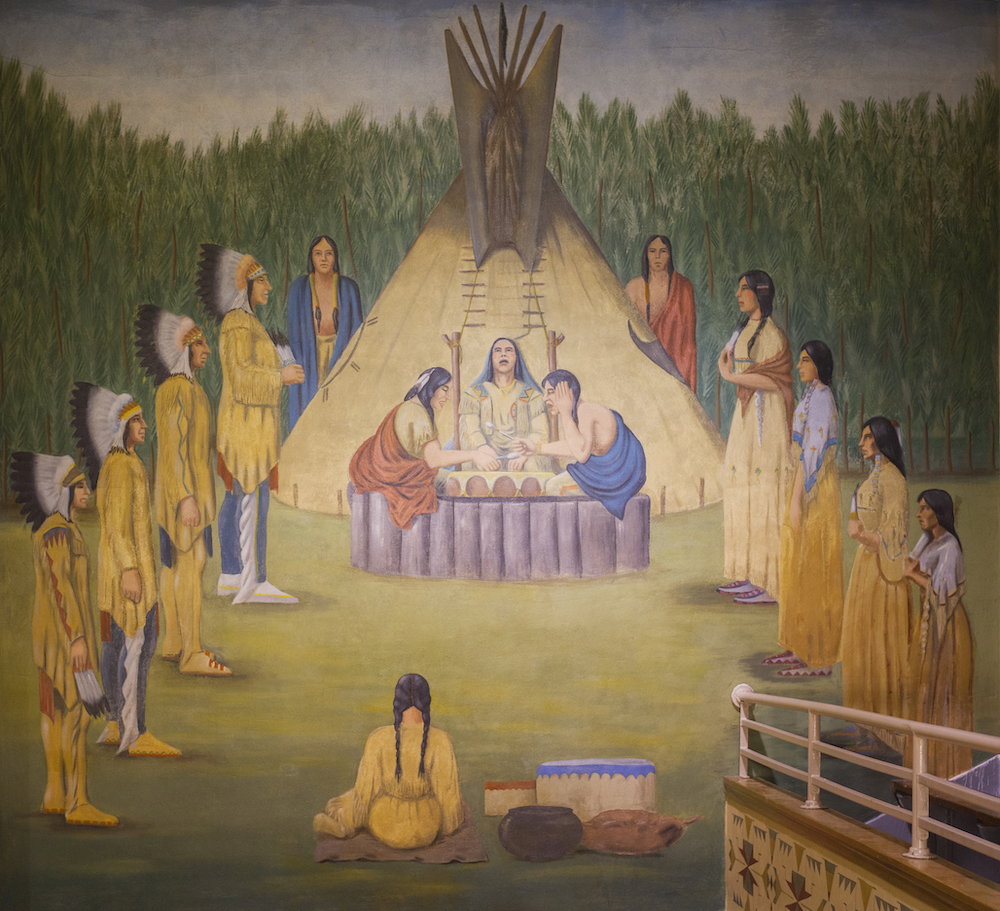 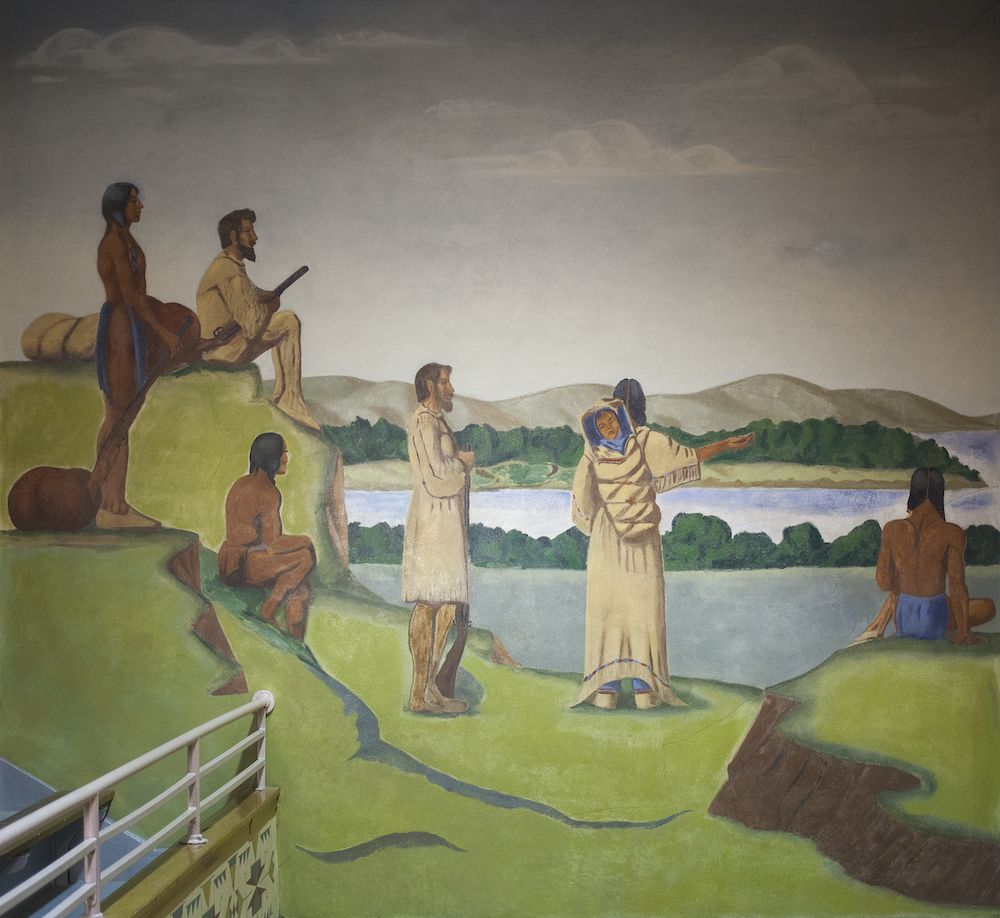 Sacajawea with Lewis and Clark
4 / 7 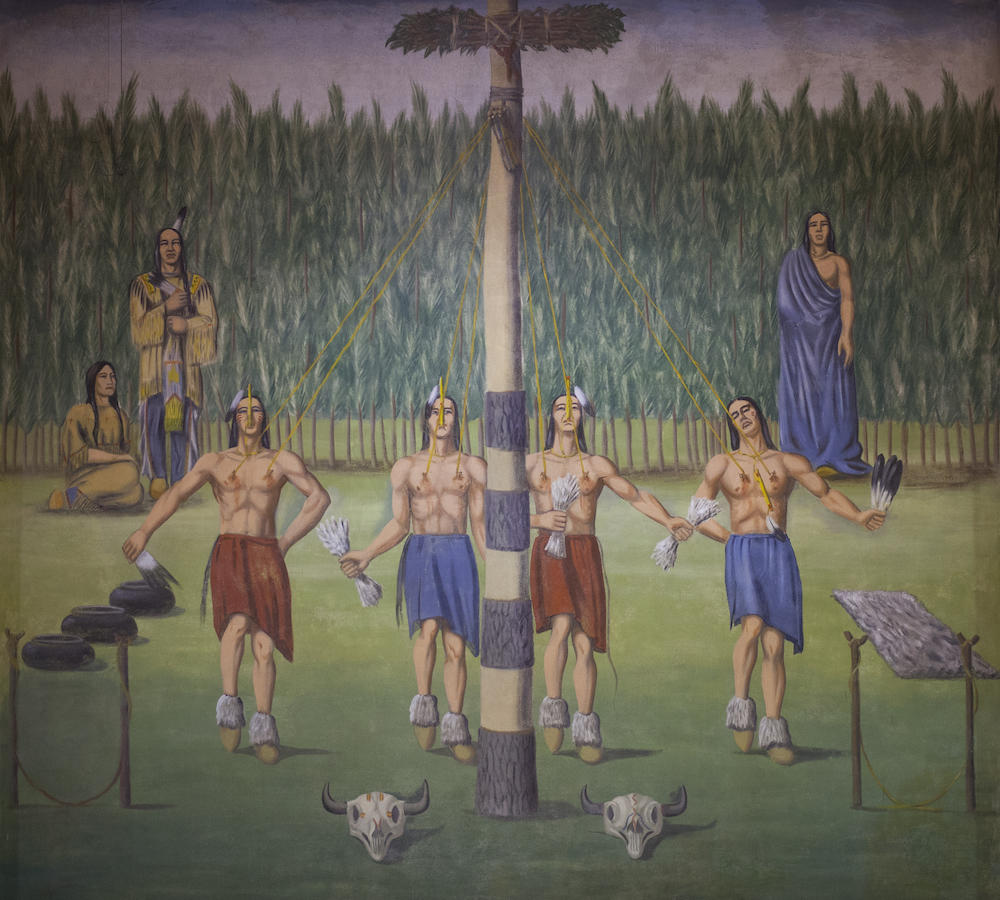 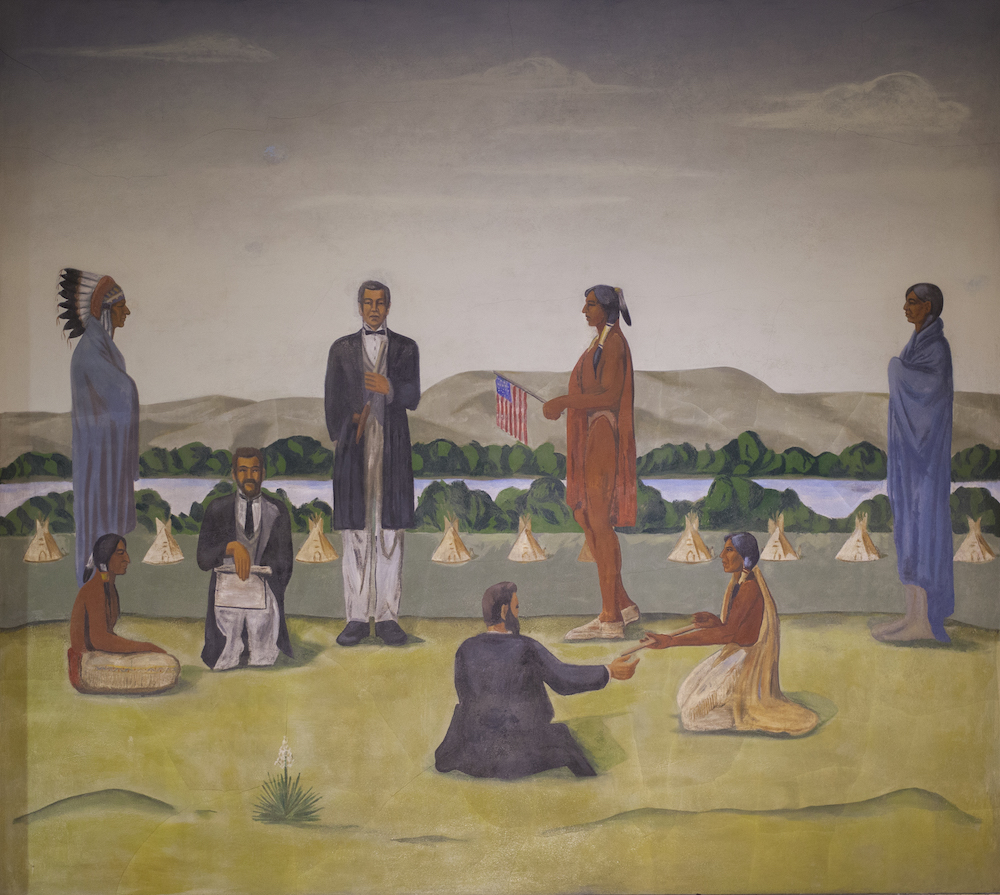 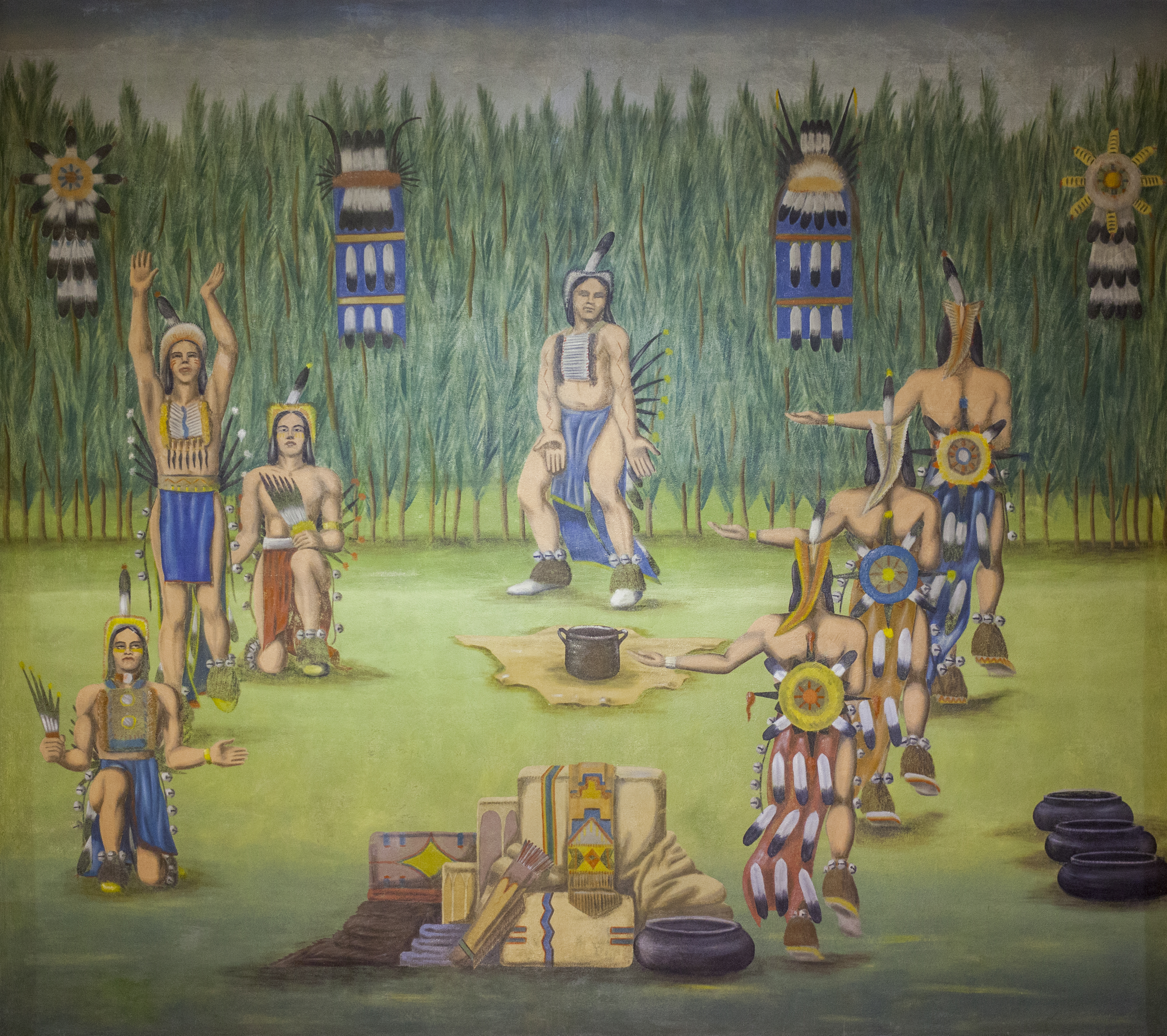 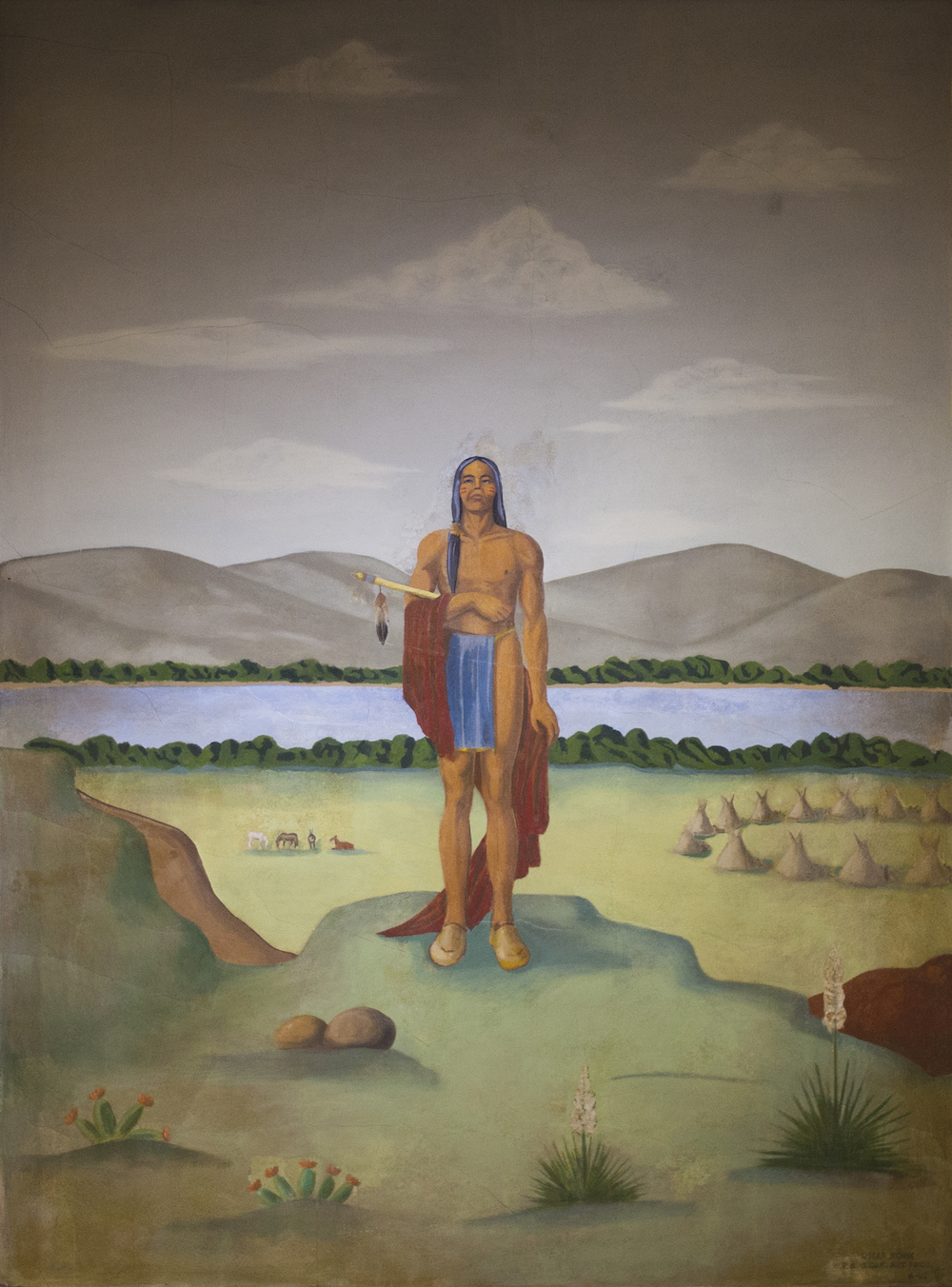 Born May 13th, 1915, Oscar Howe grew up among his Yanktonai Dakota Sioux people and spoke the Dakota language fluently. His tribe, the Crow Creek Sioux, are originally from present day Shakopee, Minnesota. While not part of the Minnesota Uprising, they were forcibly relocated to South Dakota in the event’s aftermath.

Beginning at a young age, Howe drew creatively from memories of his youth and from the oral history of his family. As his artwork matured, a distinct Dakota theme emerged, highlighting the beauty of his ancestors and their Native culture.

The ten Mobridge murals are some of his earliest works. Made possible by WPA funding and done under the direction of his mentor, Andre Boratko, in the midst of World War II (1941-1942), these murals depict Dakota life at contact and interactions with settlers. Howe, a member of the U.S. military himself, was given a 12-day furlough to complete the murals before being sent into active duty. Upon his return, his career as an artist flourished. He is now one of the most popular and well-known Native American artists in U.S. History.

The murals are open to the public. Visitors can check in at the Chamber of Commerce Mon.-Fri. 9 a.m. to 5 p.m. The building is located at:

For more information about the history of Scherr-Howe and to take an audio tour of the murals please visit the Oscar Howe Mural Tour Website at the link below.

This project was made possible by a grant from the South Dakota Humanities Council, a state program of the National Endowment for the Humanities, partnering with the Friends of Scherr Howe organization, based in Mobridge, South Dakota.