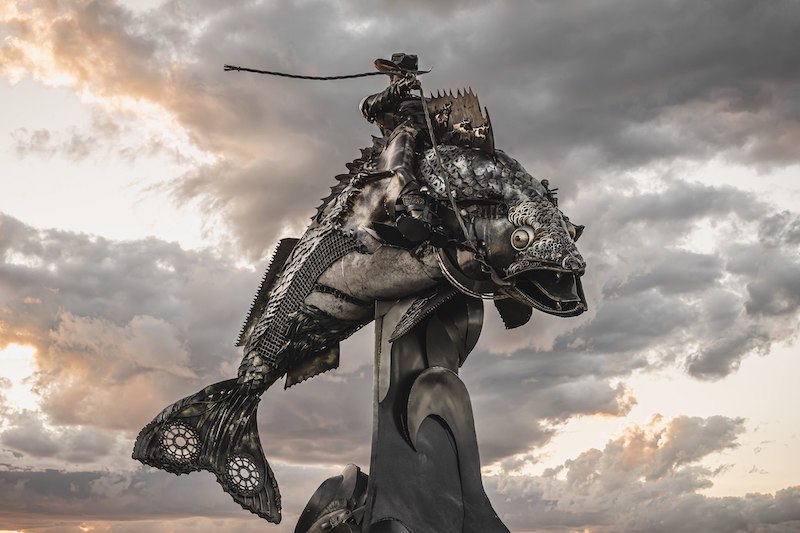 Sculptor John Lopez was born and raised on a ranch in Western South Dakota. His western and rodeo theme bronzes have been well received by the public and have sold all over the country from California to New York. For the past ten years, John has been working on The City of Presidents project in Rapid City, SD. John Adams, John F. Kennedy and John, Jr., Calvin Coolidge, Teddy Roosevelt and Ulysses S. Grant are a few of the presidents John has placed on the street corners so far. The job security that this steady work provides has opened up the door for John to experiment with the style of his work and allowed him to branch out into other sculptural forms.

In the midst of a successful career in bronze sculpting, John Lopez discovered this exciting new direction: scrap iron sculpting. "I am never bored! I look forward to each new creation, and it is helping me grow and develop as an artist," he says.

This unusual detour started about two years ago, when his beloved aunt, Effie Hunt, died in a rollover car accident. Lopez moved to his widowed Uncle Geno Hunt's ranch to build a family cemetery; his aunt would to be the first laid to rest there.

Uncle Geno opened his home and welding shop to Lopez, who completed a fence around the cemetery, then ran out of material. The ranch is 35 miles from the nearest town or post office, so he went looking through the scrap iron on site.

After some experimentation, he finished a gate into the cemetery, and then made a small angel peering over the top of the gate. The project gave him much personal satisfaction, and everyone who saw it was amazed at the result. A new career path was born in that cemetery. Not wanting to depart from his bronze casting expertise, John found a way to merge the two art forms into a new hybrid sculpture of everyday objects mixed with limited edition bronze castings. Hybrid Metal Art, a sculptural fusion of figurative and funk, a blend of iron and bronze.

The statue is open for visitation all day, every day from Monday-Sunday all year round! It is located at:

See more of John Lopez's work on his website linked below. 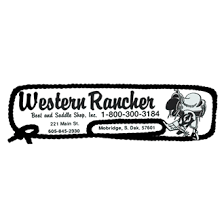