The “Old West” didn’t catch up with Mobridge until the city was almost forty years old.  And just at that old bromide on “Life begins at forty” has bolstered those of middle-aged persuasion, so also was Mobridge to be enlivened by establishment of a rodeo, long past the day of the working cowpoke of song and story.

It all begins under the aegis of Dr. A.W. Spiry, Mobridge physician and rancher, who stage the parent rodeo as a private venture at his Spiry Hereford Ranch, July 4, 1945.

Corral fences, car tops, and the hard, hard ground served as bleachers and grandstands at the first rodeo which, like its successors, opened with a parade led by Spiry astride his peppery American Saddler, Hiawatha Chief.

“An accurate count on the gallery was impossible,” Spiry recalled,”Although we knew it was in the hundreds.  Trouble was, as many came from the South as came through the North gate where we sold admissions…We went in the hole financially, buy we felt the show itself was a roaring success and it served as a gauge in indicating Mobridge was eager to support an annual rodeo.”

Apparently, rodeo fever spread fast.  Only a few weeks late, on Sunday afternoon, a number of enthusiasts met at the Spiry Clinic on Main Street.  Then and there the “Mobridge Rodeo” per se, was born.

It was decided the Mobridge Rodeo would be held as an annual Forth of July observance.  A $25,000 purse was voted and the same chutes and gates used at Spiry’s rodeo were installed at the rodeo grounds secured northeast of the city, just off of highway 12.  Two grandstands and a judge’s stand were built overlooking a large action area surrounded by a half-mile racetrack.  The equipment also included additional chutes and stock pens.

When the afternoon of the first big shoe came, July 4, 1946-cars were lined up from Main Street almost a mile to the grounds entrance.  Some 8,000 spectators filled the grounds to overflowing with standing room only.

The rodeo has grown in seating capacity and in broadening its directorate from nine to twelve members to become on of the major shows in the country.  Points accrued by competing cowboys in the Mobridge Rodeo count toward prizes in the world championship competition.

Rodeo Queens came on the scene in 1950 with Mary Lou Jackson as the first equestrian Her Majesty, to preside over all performances of the three-day event.  The parades through town preceding the show have been increasing in color, quality, and participating units, helping draw in 1955 and estimated 15,000 out of town visitors.

In January 1956 when directors elected Schriber to his second term as president (the first in 1949), it was voted to increase the association’s capital stock from $25,000 to a possible $100,000.  So it must follow that Mobridge, the town which begin with the iron horse, has prospered under its first ten years with the Buckin’ borng!  H.S and B.H. 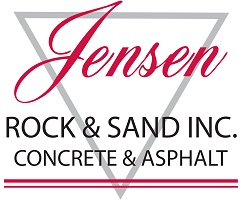